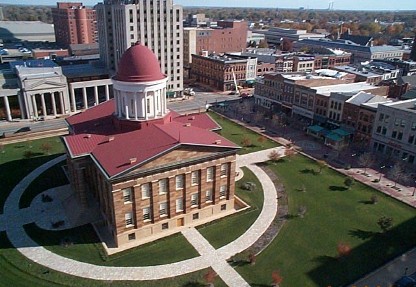 Property management for fee managed commercial and residential property. Duties included budgeting, tenant relations, maintenance oversight, leasing and brokerage. The portfolio for ESM included eleven properties in the central Illinois area. During my tenure at ESM, the company realized tremendous growth in income related to management fees and leasing and sales commissions. The client base was expanded to include all of the closely-held commercial Trust property that previously was managed by the city real estate department at Bank One.

Sole ownership of a sub-chapter “S” Licensed Real Estate Brokerage Corporation. Upon departure from ESM, all owners of fee-managed properties I previously managed for ESM except one 30,000 square foot building contacted me to continue management. The current portfolio includes all of the JP Morgan/Chase closely-held trust property as well as other privately held properties; including the Land of Lincoln Building (Illinois State Comptroller) and the Myers Building. Responsibilities include monthly, quarterly and annual management and accounting reporting in addition to tenant relations, maintenance oversight, leasing and brokerage.

COMMITMENT TO THE COMMUNITY

Steve Myers has devoted a great deal of his spare time giving back to the communities throughout Central Illinois.

2005-Present Board of Directors and Board of Trustees

2004-Immediate Past President/Chairman-Business Retention and Expansion

2001-Present Board of Directors

2001-Present Chair of the Operations Committee

1998 Fulfilled the unexpired term of Board member Bill Bruce

2000-Present Secretary of the Board of Directors

Chairman of the Advisory Committee on Law Enforcement

2014 Member of the Strategic Leadership Council

2002-Present Board of Directors

2003-Present Board of Directors

2004-Present Board of Directors